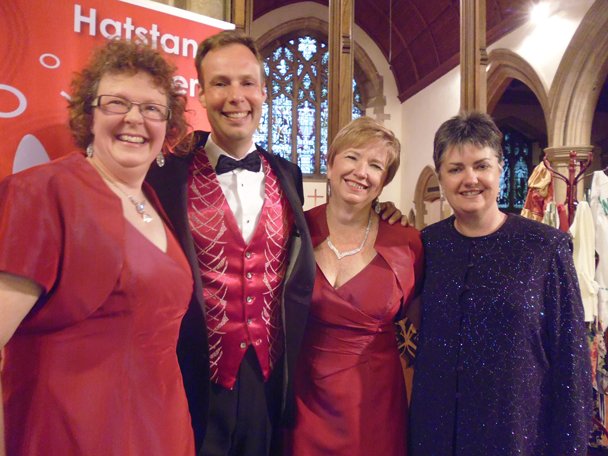 We had a wonderful night at Chatteris on Midsummer night (21st June) and so too did the audience – here’s what the reviewer said:

Hatstand Opera presented some golden moments from opera on Saturday in Chatteris for the Music Society. This was one of the many high profile events the Society has organised and it was, indeed, a series of ‘golden’ moments. Opera favourites were mixed with lesser known delights in this varied programme and the evening ended with some highly entertaining re-workings of more, familiar tunes. The whole evening was a thoroughly enjoyable experience, because not only was the singing first-rate but joy and humour regularly infused the programme, leaving us mesmerised.

Toni Nunn (soprano), Kirsty Young (mezzo), and Jochem van Ast (baritone) were in fine voice and very ably accompanied by pianist Sue Graham Smith. Songs were sung mostly in English but we were entertained with some delightful numbers in their original language. The French sounds of ‘The Flower Duet’ helped to make this one of the most memorable items. Toni and Kirsty’s voices were perfectly matched in this piece as were all voices in ‘Soave sia il vento’ from Cosi fan Tutte by Mozart.

The highlight for me was Toni’s performance of ‘Vissi d’arte’ from Puccini’s ‘Tosca’. The Italian language, the smooth phrases infused with passion and, of course, the wonderful voice was transfixing. Kirsty and Jochem were also impressive singers and their characterisation and humour were most engaging. There was not a dull moment in this array of opera gems. Meanwhile, constantly providing expert support was Sue Graham Smith on piano. No matter how intricate or rapid the accompaniment, she played with absolute security and accuracy, adapting to the songs’ mood swings perfectly.

This was a highly entertaining evening well worthy of its enthusiastic support.

Can you name the Opera?

Father is less than enthusiastic about son’s love affair with ageing, bankrupt, terminally ill prostitute. Can you believe it?

Picture: Toni in the lead role

When the England team kick off on Saturday in the sparkling new Arena da Amazonia, the coverage is bound to show the other great building in this riverside city in the rainforest, the Teatro Amazonas, commonly known as the Manaus Opera House.

And we’ve sung there.

OK, Toni and Kirsty sung there, for about five minutes one morning in January 2000, after sweet-talking a tour guide to let us stand on the stage rather than just look from the seats. It was truly amazing, a guilded glory that had only relatively recently been rescued from neglect, and so appropriate for the snippet of ‘La Traviata” Toni sang (the guide was suitably impressed).

Originally built with money from the rubber boom (the cobbles outside were coated with rubber to stop the sound of carriage wheels disrupting the performance), the Teatro Amazonas is almost entirely an imported building. The marble and the Murano glass chandeliers came from Italy, the ceiling tiles from Alsace and the steel pillars were from Glasgow, albeit painted to match the marble. The curtain may have shown the local  “Meeting of the Waters”, where the sandy-coloured waters of the Amazon River (Rio Solimões) run alongside the dark waters of the Rio Negro, but it was painted in Paris.

When we visited as part of a cruise down the Amazon (which Toni won in a Classic FM phone-in competition), Brazil didn’t seem very proud of Manaus. The coach had its curtains drawn as we travelled from the airport, as the drive down to the docks and our waiting ship passed through some of the poorest areas. The cruise firm advised us to carry US dollars and only visit certain tourist shops, advice we ignored and having stocked up on some Brazilian currency from a bank guarded by men with submachine guns, we headed into town.

We walked along streets with hugh blocks acting as stepping stones, for when the water rushed like a torrent don the hillside. We wandered past incongruous Christmas decorations of giant plastic Santas, before reaching the opera house with its elegant tree-lined square and verandas. We were the only people on the guided tour, and our young guide was utterly charming, but it was somewhat surreal. To emerge blinking from this chandeliered European building, and then later to watch swarms of lean fit men unload the river boats with every necessity of modern life from food to fridges, is probably the same contrast football fans will see between the shining new football stadium and the raw jungle they flew over to get there.

Just as cruising the Nile isn’t really seeing Egypt, stopping off at ports along this mighty river wasn’t really seeing the Amazon as such, but it was seeing a slice of Brazilian life that was changing rapidly, adn we’re so glad we saw it. We’ve posted some of our pics of that trip at our Hatstand Opera Facebook page – enjoy!

Remember to get your tickets early for our return to Chatteris. 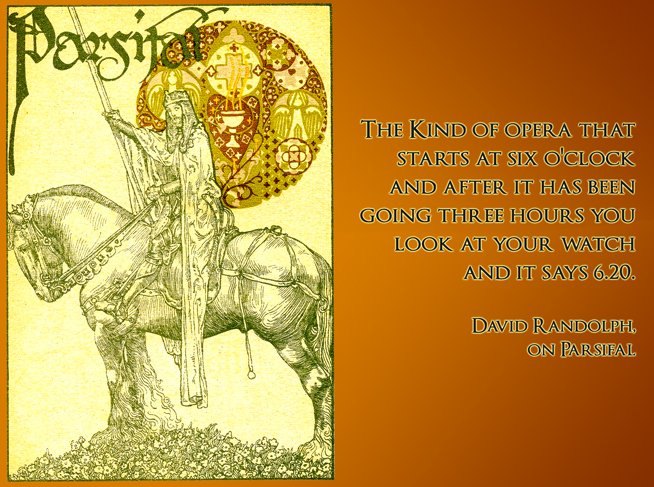 “The Kind of opera that starts at six o’clock and after it has been going three hours you look at your watch and it says 6.20.”
David Randolph, on Parsifal 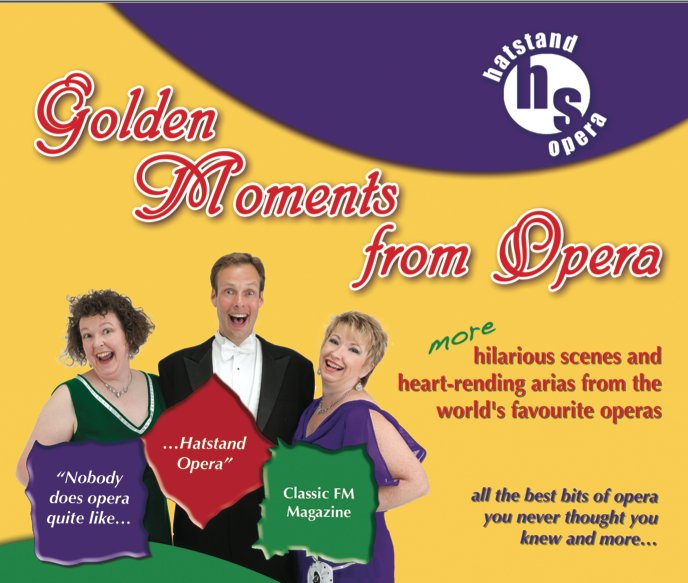 There are certain clients that are very much part of Hatstand’s heritage, and Chatteris Music Society is one of these! So we’re thrilled to be making a return visit on Saturday 21st June to the Church of St Peter and St Paul, with our iconic show “Golden Moments from Opera”

“Golden Moments from Opera”, our selection of the best bits of opera you never thought you knew, is actually never the same show twice! Each show is tailor-made to the venue and the audience, and thanks to our database of performances, we know precisely what we sang at any of our performances over the last 20 years. (Scary but true!) So, we can avoid too many repeats and incorporate favourite items too.

Since we also vary the line-up for the gentlemen singer and the pianist, each cast has their own music we can choose from. For Chatteris, we’re delighted to have baritone Jochem van Ast, fresh from singing in the chorus at both the ROH and ENO, and pianist Susan Graham Smith, one of the most versatile players we know and who makes our digital piano sound superb!

S, what will we sing on the night? To be honest, we don’t know 100% yet ourselves!  We do a first draft programme using the database, and then add in new numbers, items that we think the knowledgeable and fun-loving audience at Chatteris will enjoy, and shake well! This process keeps the show fresh and enjoyable for everyone, especially the audience.  We can’t tell you the exact formula we use (it’s a closely guarded secret like the KFC spice mix!), but the result has been delighting audiences across the UK and beyond since our first performance back in March 1993.

Why not join us in Chatteris for more hilarious scenes and heart-rending arias from the world’s favourite operas – we look forward to seeing you there!

Statement: ‘brilliantly sustained throughout its range’
Meaning: sings just as loudly at any pitch

from “A Musician’s Dictionary” by David W Barber

“It’s unique, you know’, our performance hostess beamed, “Gale force fog. Only the Channel Islands get it.” And boy oh boy, do they get it.

Our tours to the Channel Islands are something we look forward to immensely. Four islands and eight performances in five days may sound hectic, but it never really is, thanks to efficient organisation on the part of the Channel Islands Music Council, and copious amounts of alcohol provided by our various hosts on the islands.

However, such a tight timetable doesn’t leave much room for error. Our usual adversary are the tides around Sark, which seem determined to ensure that we always have to make a dash down to the harbour to catch the ferry after the schools workshop, held horribly early in the morning. We were counting our lucky stars as we bounced back across to Guernsey on the ferry (a.k.a. tug-sized boat with cabin seating and two benches out on the back.) Yes, it was ‘choppy’, and yes we did have to hang on like grim death to avoid being rolled into the briny, but even I managed to keep my dignity intact. (I usually get sea-sick on a millpond, so I was feeling pretty chuffed with myself.) Did you know you can’t sing and be sick at the same time? So if the feeling comes over you, get to the outside and sing!

When we arrived, we rolled onto the harbour side, piled the cases into the taxi, and headed up to the airport for the flight to Alderney. This means small planes, and I mean, small, like ten seats, and just enough room for the luggage. Or so we thought. No, said Blue Islands airways, you can’t take the luggage. It’s our props and costumes, we wailed, we have a show to do. No, said they, you can’t take ANY luggage, no clothes, no show stuff, nada, just hand luggage.

So, a frantic repack later, and a promise from the airline to DEFINITELY get our luggage to us by 9am the next day, (or we would set Toni the soprano on them), we boarded the plane with just a plastic carrier bag each, a briefcase of music and a plastic chicken (there are just some props you cannot do without).

Then the problems started. Thick fog rolled in, and the next morning (Thursday) we couldn’t see the end of the garden, let alone the sea. We performed the schools workshop in jeans, and waited for our luggage – in vain. Fog meant no planes, and no planes meant, no luggage. So, we did the evening show in our morning workshop jeans and trainers, except our Toni, who in true diva fashion had packed into her carrier bag some extra make-up, a pair of high heels and some tight designer jeans. We became inventive with props – the chicken was for the workshops – but Carmen needs some castanets, so the only thing for it was to play the spoons. I’ll never sing the seguidilla again without longing for spoons!

By now it’s cold, really cold, and all our fleeces and jackets are in – Guernsey airport. So, stoically, we borrow jumpers from our extremely accommodating hosts, and eat cake with lashings of yellow Alderney butter next to the wood-burning stove in our cosy boathouse accommodation. Come Friday morning, and we’re due in Jersey for an afternoon workshop and evening performance, but there are still no planes. However, we are on fifteen-minute standby just in case the fog lifts just a smidgen. I now know how WWII Spitfire pilots felt; fifteen-minute scramble is not fun. We have to cancel the Jersey show, the first time EVER we have not made a performance, and we feel absolutely awful. So, in true Alderney fashion, we drown our sorrows by working our way through our host’s wine cellar.

By Saturday morning, the boys were wearing holes in the carpet in frustration. Then my mobile rang – it was the airport. “No flights” they said, “But Billy’s taking his fishing boat ‘Out of the Blue’ the twenty miles to Guernsey. Do you want a place?” I booked us in pronto, and we legged it down to the harbour. Then we saw the boat. Or rather, the fishing smack the size of a large pick-up truck, with an open back and a tiny cabin. Toni freaked and I joined her. The boys did the macho thing and we did the ‘wave them off at the quayside’ thing. For the boys, the adventure had only just begun… 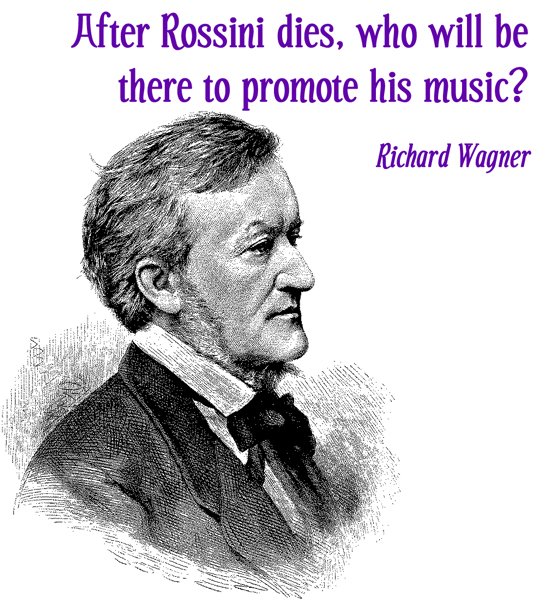