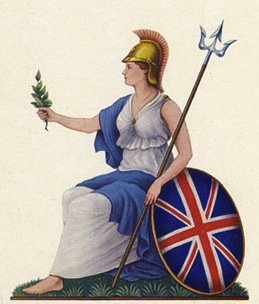 “Rule Britannia”. It’s one of those songs you think you really know. And then you suddenly realise, perhaps you don’t know it quite as well as you thought, when someone brings up the “shall or will” question.

For the opera anoraks, “Rule, Britannia!” is from Thomas Arne’s masque “Alfred”, with a libretto by James Thompson. For the rest of us, it’s that crowd-pleaser sung at the last Night of the Proms, this year by marvellous mezzo Joyce DiDonato (hoorah!)

Ever since one conductor took the Promenaders to task and reminded them that it’s “Britannia, rule the waves” (instruction) not “Britannia rules the waves” (statement), we’ve been very careful to sing the right words.

OK, here’s the question; is it

And while we’re nit-picking, is it

Blithely ignorant of this thorny issues, I sent copies of the music to our singers for a performance. Hardly had the dust settled on my Send button than baritone Bryan was on the phone.

I know that Bryan is usually right on these questions, but I had a niggling doubt. And that opened a can of worms, big time.

In desperation, I turned to Wikipedia, (not the most reliable of sources, as we know). To my surprise, I found what could be a definitive source. According to the entry, The Works of James Thomson by James Thomson, published in 1763, includes the entire original text of Alfred. In Vol II, p. 191, the libretto is printed as:

“When Britain first, at Heaven’s command
Arose from out the azure main;
This was the charter of the land,
And guardian angels sang this strain:
“Rule, Britannia! rule the waves:
“Britons never will be slaves.”